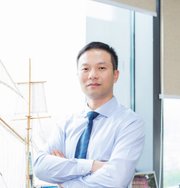 In 2002, SSTK had been founded for human life and health by a group of scientists, investors and entrepreneurs from China and Sweden based on cooperating and innovating. SSTK has carry out technology development and clinical applications research for more than 30 years cooperated with a number of medical research institutes, Karolinska Institute (Accrediting agency of Nobel Prize in Physiology or Medicine) has played representative role in all progress. With such continuous effort, SSTK realized the industrialization of critical and cutting-edge scientific research achievements, established TK1 early tumor risk predict system, and produced “thymidine kinase 1 assay kit” and “western blot chemiluminescence analysis system” with the independent intellectual property rights, all of these filled up the gap in the field of tumor cell biology research in the world.

SSTK had introduced and creatively applied Swedish biotechnology successfully. Due to its achievements and significant social value created in the field of early tumor prevention, SSTK chief scientist Professor, Sven Skog, had been met with Chinese nation leaders several times, it had been also highly appraised that Chinese company and Swedish Institute had gained significant achievements through cooperating and innovating in the field of tumor prevention.

SSTK will always keep scientific researching, always keep innovating, and always keep following with international technology. SSTK will strive to be a world-class diagnostic reagent company, and commit to the continuation of human life in a health and dignified manner.

1.In December 2006, TK1 was approved by Fujian Province as an Social Medical Insurance Project.

2.In March 2006, Kevin Zhou, CEO of SSTK, participated in the 4th India "Knowledge Millennium Biotechnology and Nanotechnology Development Summit as an invited speaker, resulted in elevated interest about the products of SSTK.

4.In December 2005, the consulting scientists of SSTK, Professor Sven Skog and Professor Ellen He from Karolinska University, took a lecture tour for 3 days in Shanghai and Fuzhou, invited by Shanghai Branch of the Chinese Medical Association and Fujian Cancer Hospital.

5.In November 2005, SSTK was invited by Zhejiang government to participate in Zhejiang Technology Industries fair.

6.In November 2005, SSTK set up an agency in Fuzhou, Fujian Province.

11.In January 2004, SSTK moved to National Bio-Tech Incubator approved by Shenzhen government and became one of first enterprises.

13.In August 2003, SSTK obtained a financial support from Shenzhen government to R&D of a SARS diagnostic kit .

14.In April 2003, SSTK signed an agreement with the Hubei Cancer Hospital to perform co-operatively clinical research of TK1.

17.In October 2002, SSTK was titled with Shenzhen Private High-Tech Enterprise.

18.In August 2002, SSTK was registered and incorporated.